[From MLM Mayhem.  This post is a transcript of a talk from a visiting comrade representing the Communist (Maoist) Party … END_OF_DOCUMENT_TOKEN_TO_BE_REPLACED 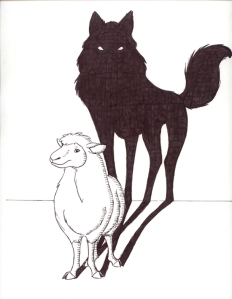 They’re called NGOs — non-governmental organizations — but the description is misleading at best, or an outright lie generated by intelligence agencies at worst.

In fact, almost all development NGOs receive most of their funding from government and in return follow government policies and priorities. While this was always true, it has become easier to see with Harper’s Conservative government, which lacks the cleverness and subtlety of the Liberals who at least funded some “oppositional” activity to allow NGOs a veneer of independence.

The example of the NGO called Alternatives illustrates these points well. This group, which has ties to the progressive community in Canada and Quebec, has done some useful work in Palestine and Latin America. But, at the end of 2009, the Canadian International Development Agency failed to renew about $2.4 million in funding the Montreal-based organization. After political pressure was brought to bear, Ottawa partly reversed course, giving Alternatives $800,000 over three years.

Alternatives’ campaign to force the Conservatives to renew at least some of its funding and CIDA’s response tell us a great deal about the ever more overt ties between international development NGOs and western military occupation. After the cuts were reported, the head of Alternatives, Michel Lambert, tried to win favour with Conservative decision makers by explicitly tying the group’s projects to Canadian military interventions. In an article in French for Le Journal Des Alternatives [1] in which he claimed Alternatives was “positive[ly] evaluated and audited” by CIDA, Lambert asked: “How come countries like Afghanistan or Haiti that are at the heart of Canadian [military] interventions [and where Alternatives operated] are no longer essential for the Canadian government?”

After CIDA renewed $800,000 in funding, Lambert claimed victory. But, the CIDA money was only for projects in Afghanistan, Iraq and Haiti — three countries under military occupation. (The agreement prohibited Alternatives from using the money to “engage” the public and it excluded programs in Palestine and Central America.) When western troops invaded, Alternatives was not active in any of these three countries, which raises the questions: Is Alternatives prepared to follow Canadian aid anywhere, even if it is designed to strengthen military occupation? What alternatives do even “leftwing” NGOs such as Alternatives have when they are dependent on government funding?

END_OF_DOCUMENT_TOKEN_TO_BE_REPLACED

A World to Win News Service. Following are excerpts from a July leaflet by the Communist (Maoist) Party of Afghanistan.

Dear people of our country!

We issue this call because:

First of all: Many people believe that participation in this election will be even less than last time, and that only a very small minority of the population will vote. Our people have the right to react to the upcoming elections with indifference. They experienced the results of previous elections: more murdering bombardments, the deepening and spreading of the regime’s corruption, homelessness, unemployment, poverty and hunger among the toilers… END_OF_DOCUMENT_TOKEN_TO_BE_REPLACED

A World to Win News Service .
The occupiers of Afghanistan, led by the U.S., have announced that they will present their new strategy soon. While they may not reveal all the elements of their strategy, some aspects are apparent in what they are already doing.

For some time now the U.S. has exerted increasing pressure to compel its allies to send more troops, especially into the war zones. This pressure as well as the failure of the U.S. and Nato forces to gain the control of the country gave rise to opposition to the previous American strategy from European countries and in particular the British, who warned that simply increasing the number of invaders on the ground cannot stop the situation from deteriorating. The alternative they presented involves negotiating with the Taleban and other Islamic opposition forces, and strengthening the puppet government and its army. Making use of tribal leaders and their militias has been another important element of discussion among the occupiers for a long time.

END_OF_DOCUMENT_TOKEN_TO_BE_REPLACED

A World to Win News Service.
The debate over the need for a new strategy in Afghanistan has reached a fever pitch among imperialist circles. There is rarely a news item about that country that does not at least state the need for a new approach. The occupiers’ think tanks and Afghanistan experts are busy discussing and debating the necessary elements. Barack Obama’s inauguration as U.S. president may provide the occasion for the rollout of a new plan, or at least steps touted as such.

It is now very widely recognized that the approach the U.S. has been using so far has failed. While the U.S., which is leading the imperialists occupying Afghanistan, finds it difficult to openly admit this failure, that judgement is implicit in American officials’ demands that other Nato countries match the U.S. in greatly increasing the number of foreign troops. (See AWTWNS, 2 November 2008)

The U.S., Canada, the British and other imperialists fighting in the war zones tried hard for a long time to pressure other Nato countries to fight alongside them. There has been an alarmist tone to reports from imperialist circles, including military and parliamentary spokespeople and certain humanitarian agencies, highlighting the deteriorating situation, the resurgence of the Taleban and the real possibility that, as they like to put it, "Afghanistan could become a failed state." Most of their reports recommend that other Nato countries take part in the fighting and that they all send more troops, warning that otherwise the result could be complete failure.

END_OF_DOCUMENT_TOKEN_TO_BE_REPLACED

A World to Win News Service.
Following are edited excerpts from issue no. 19 (July 2008) of Shola Jawid, organ of the Communist (Maoist) Party of Afghanistan. The explanations in parentheses are by AWTWNS.

The Taleban made little use of guerrilla methods in their war against the "Islamic Interim State of Afghanistan" headed by Burhanuddin Rabbani and Ahmed Shah Massood (the warlord regime that came to power after the fall of the pro-Soviet regime in 1992 and eventually fell to the Taleban in 1996). For the most part their offensives took the form of conventional warfare.

In their initial confrontation with the U.S. and UK (after the October 2001 invasion), they used the same methods and suffered heavy losses. After two months of putting up more resistance than the invaders expected, they quickly retreated from the regions under their control. At that time they were unable to reorganise their forces to fight guerrilla warfare and continue fighting in the villages or mountains. In addition to these organisational and military questions, other major factors behind their inability to sustain the fighting were the lack of mass support and low morale in their own ranks due to the general assumption that it was impossible to resist the superior military forces led by the U.S. This defeat caused a relatively large section of the Taleban forces to defect and join the puppet regime.