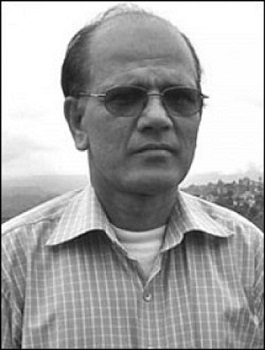 I had authored an article about 6 years before. It was entitled: “International Dimensions of Prachanda Path”. The article, published in the 10th issue of The Worker, Party organ in English, had created debate in the international communist movement.
Is Prachanda Path really a creative development of Marxism-Leninism-Maoism or merely a deviation from it was the question under debate at that time. Given the development of people’s war in leaps, one after another, it was also not an easy task for them to take position against it. But, most of the revolutionary parties did not assimilate it rather they opined that it resulted from the ideological deviation on the part of CPN (Maoist).
The wave of Prachanda Path, which was said to be the synthesis of the experiences of 5 year’s long stormy people’s war, had stretched all across the world. It was not unnatural too. Party had defined Prachanda Path as a series of particular ideas generated by the Nepalese revolution. I had prepared that article as our party, the Communist Party of Nepal (Maoist), comprehended it at that time.
Unsurprisingly, Prachanda was happy with the article.
After 6 years now, I am writing again a short article centring on Prachanda. It is titled: “International Dimensions of Prachanda’s Neo- revisionism.” Some readers may think that Basanta is correct because Prachanda has taken a U-turn from his earlier Marxist-Leninist-Maoist position. Someone may say that to think of Prachanda, who considers Marxism as a vibrant science and applies in practice accordingly, a revisionist is the result of mechanical and dogmatic thinking on the part of Basanta and his team-mates. This debate will obviously surface in the days to come. The revolutionaries will regard that Basanta is correct; but the revisionists and liquidationists will do its opposite. Naturally, this article will not make Prachanda happy this time.
Everyone is aware that an intensive and extensive two-line struggle was on between Marxism and right revisionism inside the Unified Communist Party of Nepal (Maoist) mainly for the last four years. But, in the recent days, there has been a turn in this process and the revolutionaries dissociating from the party led by Prachanda, have built up a new party.
As a member of this new party, the Communist Party of Nepal – Maoist, I am here with this article. We have not yet synthesized the entire experiences acquired during the tumultuous period of people’s war and the period that followed. The forthcoming Party Congress will do it. For now, we have taken only a preliminary position according to which the people’s war had definitely amassed new experiences but it was not correct at that time to synthesise them in the form of Prachanda Path. The national convention organized on June 15, 2012 summed up the strength and weakness of the revolutionaries also. It concluded that there were three kinds of ideological mistakes namely fideism, liberalism and metaphysics with them.

These weaknesses were manifested mainly on the question of ideological synthesis i.e. Prachanda Path and the centralisation of leadership. On the other, the convention unanimously concluded that the appropriate terminology to denote Prachanda’s ideological and political degeneration is neo- revisionism.

The neo-revisionism noticed in Prachanda has been manifested in different form than it had in the past revisionists, who used to attack upon the basic principles of Marxism in a direct and straightforward way. Like for example, Proudhon and Lassalle opposed the scientific socialism with the arguments that the process of continued reforms and strict discipline in the bourgeois society can pave the way for capitalism to reach communism. Bernstein concluded the basic principles of Marxism like class struggle and the theory of surplus value have been outdated. Khrushchev took position against the role of violence in revolution and the dictatorship of the proletariat under socialist society. Liu Shao Chi and Teng Hsiao Ping stood against the theory of continued revolution under the dictatorship of the proletariat put forth by Mao Tsetung.

They one-sidedly emphasized upon the development of productive forces as opposed to the Maoist principle of grasp revolution and promote production. In our context, Prachanda has not made him stand yet in open against the basic concepts of Marxism as the aforesaid leaders did in the past. He has been doing it in the name of creative development of MLM.

When the situation develops to a new level, the old logics are not sufficient for the political parties to support their new position. It is true not only for the Marxists but also for the revisionists and other parties as well. Mao has said that revisionists are the reactionaries who mislead people in the guise of Marxism. So in the new situation the revisionists need to find new logics to misguide the revolutionaries. Prachanda understands it well. So he has been steadily sowing seeds of revisionism since long in the guise of creative application and development of Marxism-Leninism-Maoism. He has not yet directly opposed the dictatorship of the proletariat as Khrushchev did. But, the development of Marxism which he has claimed is in fact the development of revisionism. In this way, revisionism has been replacing Marxism in the party led by him. The classical and modern revisionism openly oppose the basic tenets of Marxism including the dialectical and historical materialism, theory of class struggle, role of violence in revolution and the dictatorship of the proletariat etc. etc. But, the neo-revisionism does the same in essence but in the pretext of opposing dogmatism, creative application of Marxism and the originality of revolution. To arrest the essence of Marxism in the name of its creative application and development has been the main characteristics of neo-revisionism. In this way, the features in points of Prachanda’s neo-revisionism can be cited as follows.
Prachanda has been slowly attacking upon the universality of Mao’s contributions. In the wake of party unity that took place with the Unity Centre – Masal, the UCPN (Maoist) had adopted Marxism-Leninism-Maoism/Mao Tsetung thought as its guiding principle. He argues that there is no difference as such in using two terminologies, Maoism or Mao thought, so long as they are done to mean the universality of Mao’s contributions. It is indeed his artful deceit to blur the difference between Maoism and Mao thought which respectively refer to universality and particularity of Mao’s contributions. By so doing he has been weakening the grasp of Maoism in the party and the revolutionary movement as well.
Mao has said that the struggle for production, class struggle and scientific experiment are the three sources of knowledge. In addition, he has stressed Marxism goes on developing through an infinite spiral of practice to theory and theory to practice. But quite the opposite, Prachanda claims that Marxism has become a matter of common knowledge for him. He had said in a CC meeting held about five years
before. By so saying he has stood against Maoist theory of knowledge and of course Maoism itself.
Marxism believes that an entity is the unity and struggle of opposites and the struggle between them helps one transform into another. However, Prachanda has brought about a conciliatory concept of Fusion of two opposites which stands against Marxist principal. It is merely a different form of expression of ‘two combine into one’, not ‘one divides into two’. In the course of the Great Proletarian Cultural Revolution, Mao had strongly criticised ‘two combine into one’ as a reactionary philosophy serving bourgeois interest. Mao said ‘one divides into two’ is the law of dialectics.
Prachanda says that the world situation has undergone considerable changes and these changes necessitate the development of MLM. It is absolutely correct. But a strange, in the pretext of the development of Marxism, he has been attacking upon the basic principles of Marxism itself and in this course he has been developing revisionism. On the one hand, he presents the Federal Democratic Republic as a synonym of New Democratic Republic, and on the other, he says that in order to prevent counter-revolution in the 21st century it is necessary to develop democracy. While arriving here, it has been crystal clear that these logics were brought about to pave the way for assimilating bourgeois parliament by the party and consequently reversing revolution in the name of preventing counter-revolution. In fact, the development of democracy in the 21st century has been a tool to replace the democratic or proletarian dictatorship by the dictatorship of the bourgeoisie.
Prachanda had put forward a concept of non- class nature of State Power and the possibility of peaceful development of revolution in Nepal in the Balaju Expanded Meeting held in 2007. He tried to justify his arguments by the fact that Nepal Army and the PLA were kept inactive in their respective barracks. Prachanda stopped saying this again after the delegates in the convention strongly opposed it.

In fact, it was merely a polished form of the ‘state of the entire people’ and ‘peaceful transition’ propounded by Khrushchev. But now all these things have been transcribed in their documents in a disguised form.

Insurrection and revolution in decision and parliamentary exercise in implementation i.e. revolution in word and reform in practice has been his characteristics.

In all of the meetings from Chunwang to Palungtar via Kharipati, he has been raising the question of people’s insurrection and the need to build up four bases to achieve it.

However, except for misleading the revolutionaries he never put stress on building the four bases to prepare for insurrection.